I have a screen meet up with the oxygen team on Wednesday.  I have lots of questions.  I am really struggling.  Fingers crossed they have some answers.

Bitter cold we also had snow. 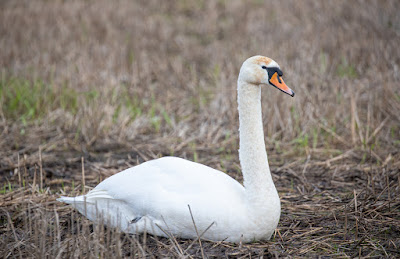 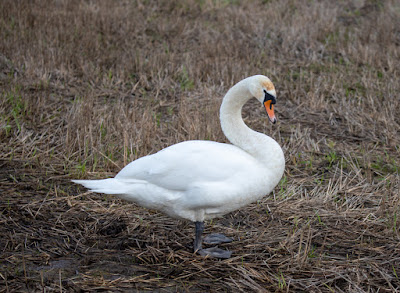 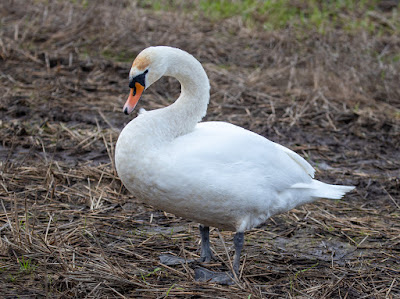 This Mute Swan has appeared.  On its own which is odd.  On the railway line.  Now a cycling, walking way.  The neighbour who spotted it managed to usher it into the field at our rear, where there is grain on the ground, and then reported to the DP.

He has been to look at it and today also .  It has got itself into another field.  Acts unlike it should.  Our wildlife rescue the New Arc have been contacted.  They suspect avian flu and as it appears undamaged enough and just acting odd they are not happy to uplift it in case it is the flu.  So the DP is keeping an eye on it. 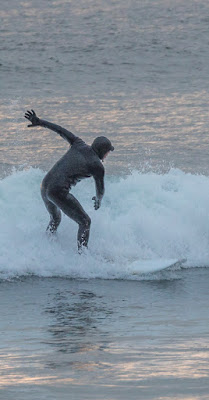 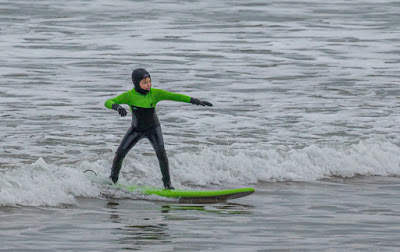 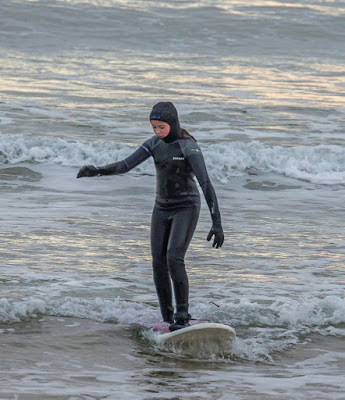 Today's Surfers.  It was so cold, below freezing, I sat in the car with the chariot outside and feeding me oxygen through the window!  The surfers do have winter wet suits which are thicker.  Allegedly warmer. 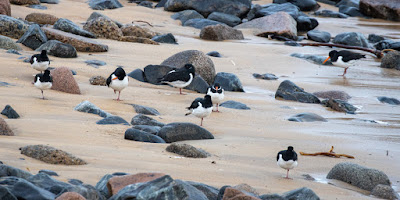 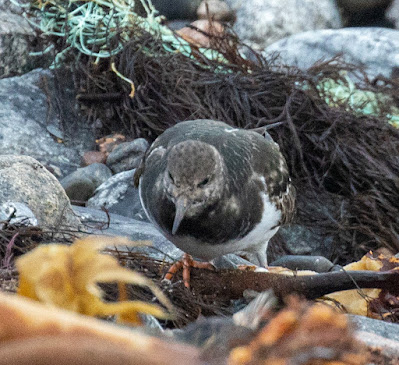 Birds at the beach.  Oystercatchers and a Turnstone.  Photos all by the DP.

Now for a game of Solitaire to aid my switch off.  Good night.

Superb photos,yet again. Hope you get your problems with oxygen sorted.

So sorry you are struggling I do hope you can get some relief soon. Love the swan I do hope it is not avian flu. To pretty to be sick. Love the pictures keep smiling and hug to you.
Carla

That swan definitely looks under the weather - there's just something about the way it's holding itself.

The Weaver of Grass said...

Hope you get help with the breathing later this week.

Fingers crossed you get answers to your question. Poor swan and poor you. X