But we went out. 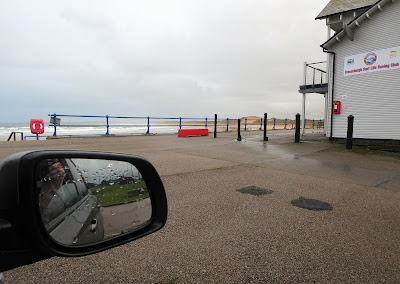 Same view as yesterday.  So the DP walked and I drove to the Harbour. 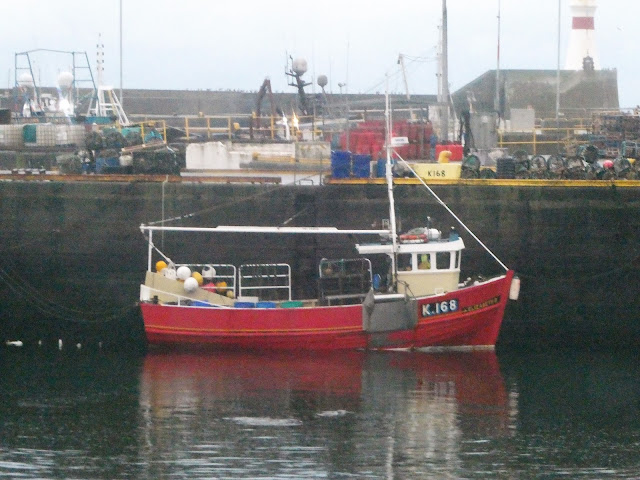 Apparently the dark blob at the side of this boat is a seal.  Honest. 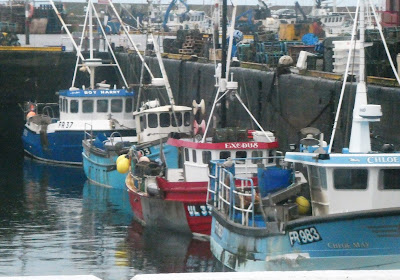 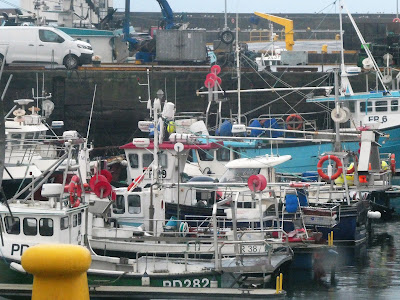 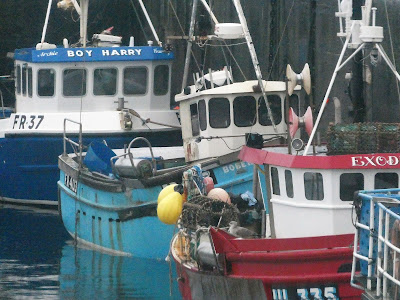 This is the small b0at pontoon.  Lobsters, crabs and some mackerel boats here.  The boats being on the small side.

There are harbour seals. 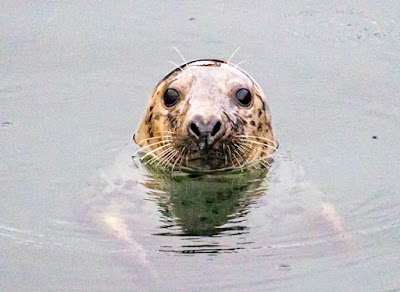 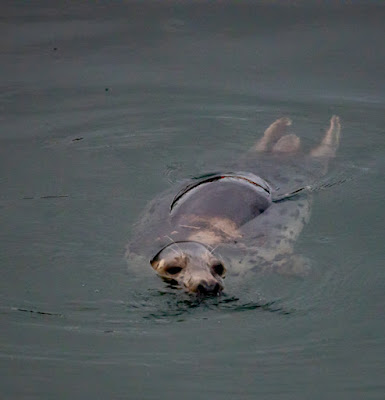 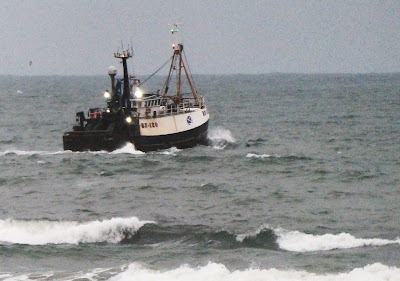 We could see a boat leaving the harbour so I drove back to the Prom and we watched it going out on the hunt. 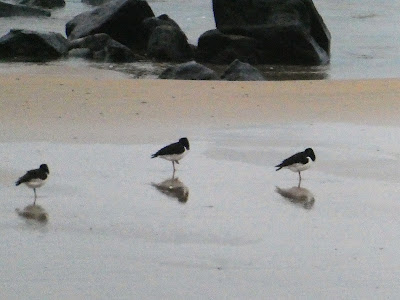 The evening brought its panic for me.  We discovered one of the two oxygen bottles which I can carry out with me on these jaunts and use in the house was emptying itself.  So when I needed to exchange bottles it was empty.  With a bit of juggling we will hopefully get through til Monday and I can get something sorted.  The green snake feeds direct from the oxygen making machine so I will get through the night ok.

It never rains but it pours.

I always associate seals with Lindisfarne - standing in the evening by the causeway, watching the tide come in. I've often seen them there.

The boats are such a bright bit of color on the dark days. Seeing a seal would certainly make me smile!

That is a worry, I hope you sleep well, I would like to paint that seal!

How very frightening for you! I hope that you can get some sort of emergency delivery.

Love the seal photos! That one really posed for you. And the Christmas card. We have just about abandoned the card ritual; it seems that the entire family has. I sure wish I were on your list. Those are some lucky people to get real art in the mail. Good luck on your oxygen dilemma. Seems like it's always something, doesn't it? At least you get to live in a beautiful place. I enjoy your blog. Thanks from Texas. (As much as I hate to admit living here, what with its reputation! )

Tom fills his bottles on our machine, can you not do that? It trundles along making a bit of a noise when its on but better that than him keeling over, lol
Look forward to the card. x
Briony
x

I am told that seals chase surfers and snap at their heels like dogs.