We remain in level two here in Aberdeenshire.  Though still being watched carefully as numbers are on the rise.

Improvement in the weather.  Two positives.

Carer in the morning.  Hair not washed as I am particularly breathless of late. Bending over the bath a no no.

Cleaner arrived after lunch.  Instead of having two for an hour we now have one for two hours.  This one is amazing.  My dressing table/desk has been cleaned.  One of those places I do so much at tis completely cluttered and I never expected her to manage to clean it.  Yes I am ashamed.....  But stuff lifted off.  Cleaned.  Stuff put back.  And the whole ground floor of the house is clean too.

While she was here we went to the Prom. No wind, no rain, bitter cold. 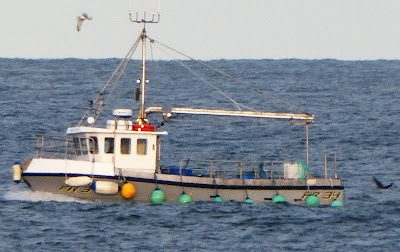 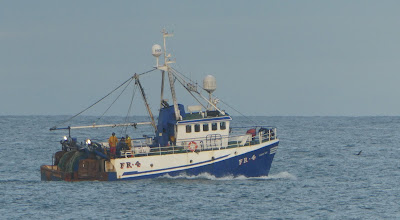 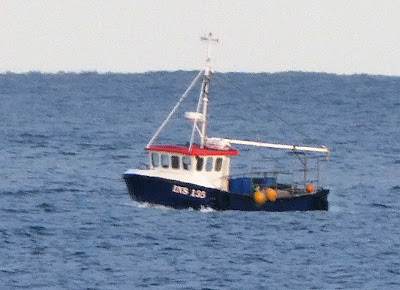 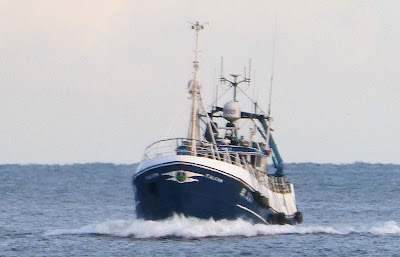 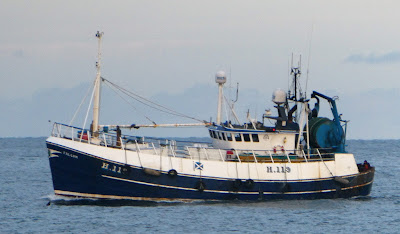 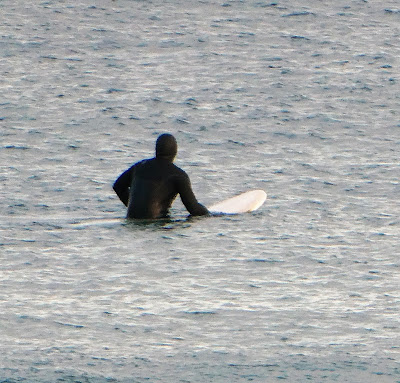 Always a surfer, today there were three. 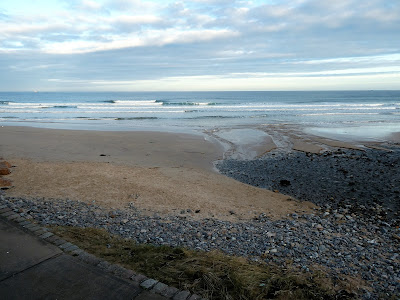 I managed the full walk today. 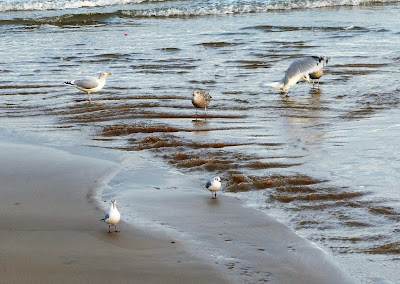 Not many people so the Gull Gang gathering. 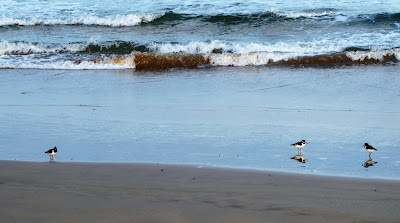 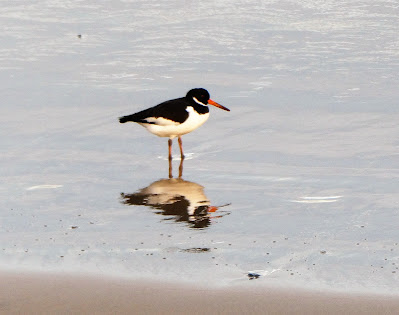 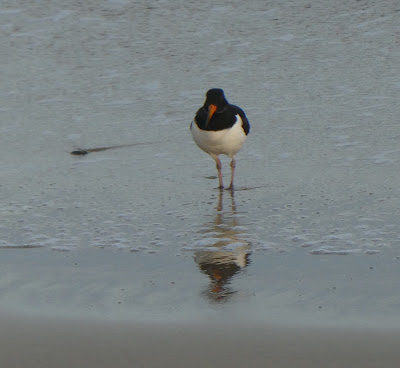 I was asked about the wreck of the Sovereign at Cairnbulg.  Our nearest village with a post office.

Just after midnight, the UK flagged fishing vessel Sovereign grounded close to Cairnbulg Briggs light beacon, east of Fraserburgh. Sovereign was holed in several compartments and was unable to be salvaged: she was later declared a constructive total loss. There were no injuries and only minor pollution.

It proved to be too expensive to remove the wreck so there the Sovereign remains.  Usually has Cormorants and Shags sitting on it. 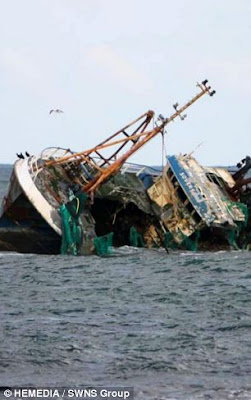 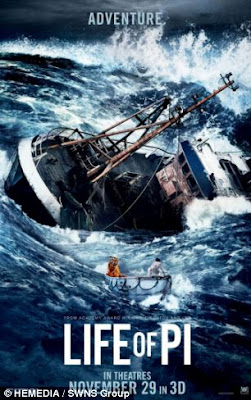 And used to advertise the Life of Pi film.

My youngest Grandson 1 year old has been tested for COVID.  He has a cough.  Otherwise fit and healthy,  The family are now having to self isolate til the results which should be in three days time.  They are in Edinburgh.  Will I ever get to see my family again?

The wood burner in the sitting room is sending its warmth through the downstairs.  I am enjoying my wine.  More positives.

Oh and the cat outside has had its tea.

I’m sorry COVID has hit your family, but thankfully it sounds like he’s doing ok, that cleaner sounds great, hope she keeps coming!

Brrr, the pictures even look cold. Must be the tinge of grey in the sky.

I'm so glad you got your visit to the prom and for managing the full walk. It must then feel even better to return to a cleaned house.
I hope your Grandson's results come back quickly and that we soon have some hope of seeing our loved ones again. X

When I read your email post the bottom part about your Covid was blacked out.
I wonder why? I can read it fine on your blog. Yours truly Elaine

So sorry to read about your Grandson lets hope its a cold. Glad you have a good cleaner, they are hard to find. Take care.

I hope your grandson tests negative. I envy your wood burner. I do love the boat pictures.