Sunday - not much different to any other day!

Although not as warm as the one day we had it is still Spring like.  Flowers bursting forth and buds appearing on shooting stems. 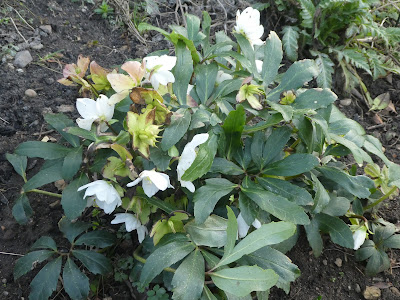 This Hellebore is in its second year with us and has spread and flowered. Just love it. 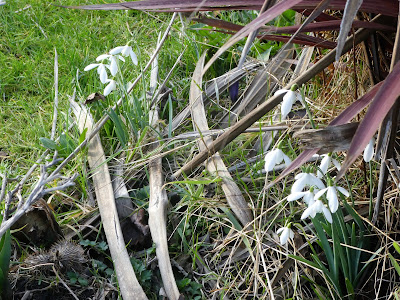 The Snowdrops have spread also.  We had a very small clump and now have quite a few small clumps. 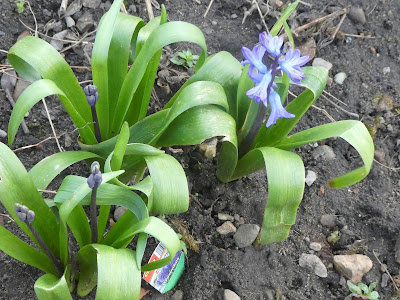 These Hyacinth were bought as a Christmas forced pot Christmas 2017.  And have survived being planted out.  A first success for us on Hyacinths!

To the Prom.  It is Sunday, which for me is never a good day for the Prom. 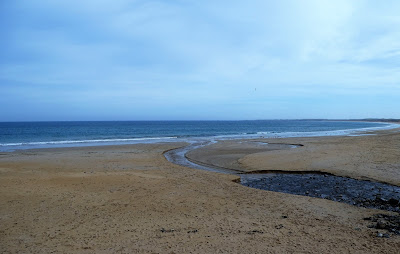 Kessock Burn going in its usual direction.  Not shooting off anywhere. 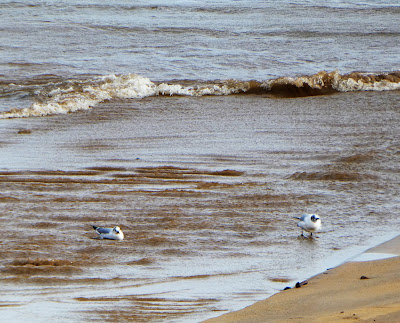 Still a lot of sand being brought up by the tides.  Quite a slope being created. 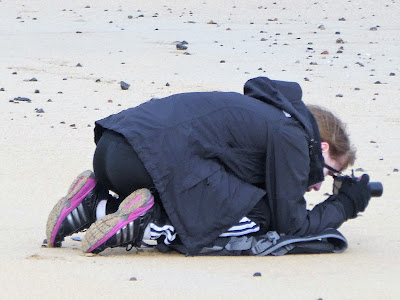 So this woman is taking a photo of this 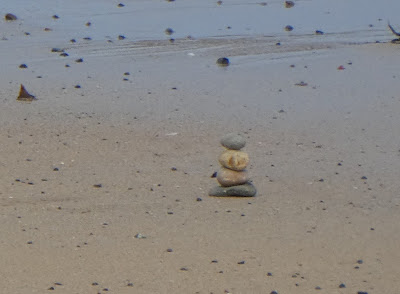 Which she built.  Any ideas.  Is this some new hobby.  I have seen towers of stones on the beach before but they have been a bit more impressive than this one. 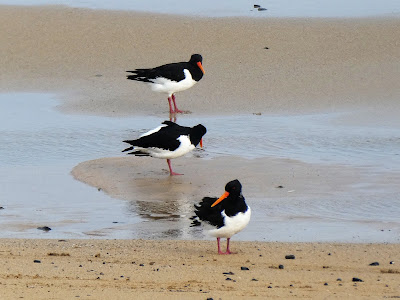 Oystercatchers sorting their feathers out. 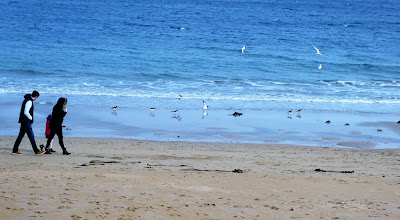 And the people who removed them from the beach - and my camera.....

There was a moment of humour.  There were some early teen boys hurtling up and down on scooters.  Dropping empty bags of crisps.  Which blew towards me.  I picked them up and was just about to blast them verbally when one of them said, "Hello Jill."  Which just cracked me up.  So it was with a smile I said, "Put your bloody rubbish in the bin." 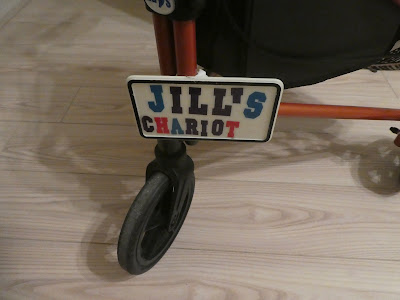 At least the cheeky monkey could read.

Home.  And another Sunset. 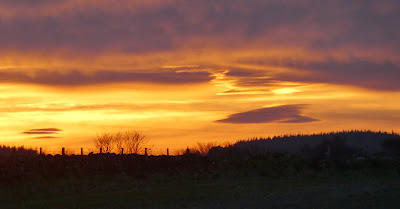 Here we call these piles of stones "Inukshuks". The Inuit use them to say "I have been here". Most are much bigger than the one you saw, really boulders.

That is really interesting Chris Elliot. I will google it. Thanks.

Cheeky monkey indeed, but it did make me smile. We went for a walk along the beach yesterday (Sun) and I was surprised by how many dog walkers there were.

rock towers are quite common round here - and in some places they are now being actively discouraged as they are being seen as 'litter' and damaging the environment. we have built them in the past - usually in the river so they eventually tumble down and get washed away. But as you say - they are usually a lot taller than that one :)