I am having to do this blog rather quickly.  Since the early hours of this morning we are experiencing thunder and lightning.  Interspersed during the day of extremely hot, hot, weather. Internet has been switched off to stop it blowing everything.

The thunder and lightning have returned this evening.  Our electric has gone off about three times but fortunately come back on fairly quickly, although one fuse has had to be replaced.  Plus we have had to find where we were on the programme we were watching, which was taped and we put back to the beginning.  Twice.

This picture was taken in Edinburgh earlier, but it is similar to what we have had.  Then the bangings of thunder, then the downpours of heavy rain.  But it is a bit cooler now, 9.44 p.m.  But still rumbling around.

Earlier.  The DP and I were at a meeting of the Fraserburgh Art Group, at Dalrymple Hall.  Planning the annual Visual Arts Exhibition.  So hot.  I did not even stop to go to the Prom on the way home.  All the parking spaces were filled anyway.

Into the shedudio.  I heard noises.  Opened the door to the woodburner.  Out flew 3 birds. 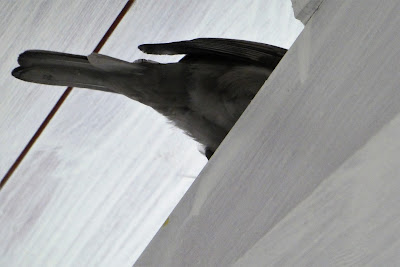 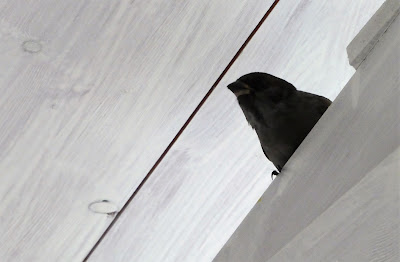 This is the first, which landed on the rafters, then out the door.  The second one came out onto the floor and then off.  The third one came out and straight out of the door.  My stove installer is coming tomorrow to net the gap. 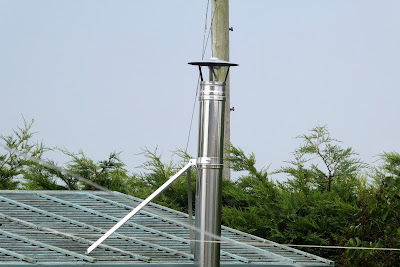 Between the flue and the cap. 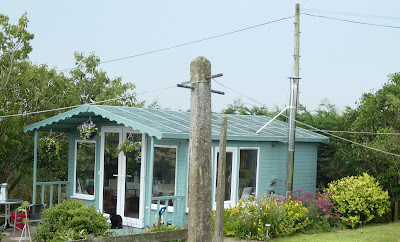 There is Sith cat waiting . 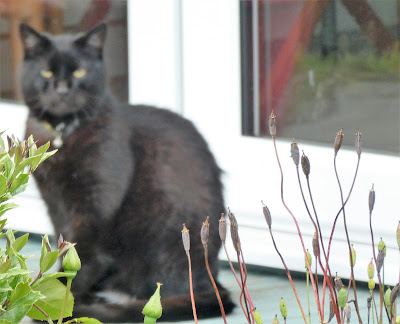 Not sure for what.  Global warming big time.  We have already and I really do not like it
Posted by justjill at 22:03

What we actually have is 'climate change', or 'climate anomaly' - not 'global warming', which is politicians' terminology. During the last decade, we've also had anomalous cooling and freezing, not only anomalous warming.

I really do not like the thunder and lightening, it can be very worrying.
We have had a huge downpour this morning, and its still raining now, so the water butts are filling up nicely and I can almost here the plants singing praise.
Have a good weekend.

I am not a fan of the thunder and lightening either but the rain must be welcome for most of the country.