Not a lot I enjoy and can do.  The Prom is one. 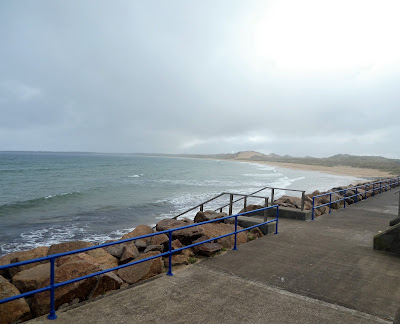 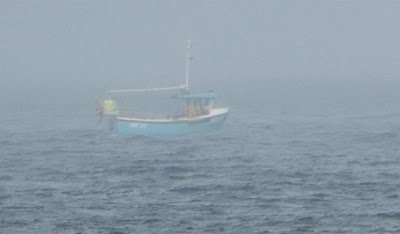 There were some clear spots nearer me. 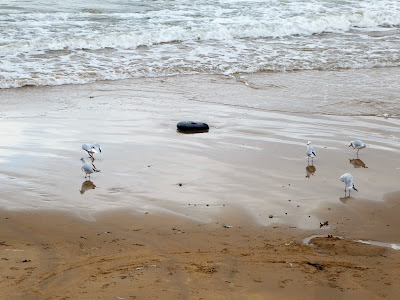 Blackheaded Gulls, in winter plumage = no black head.  But they have red legs and red beaks.  And a bit of black behind the eye.  ok? 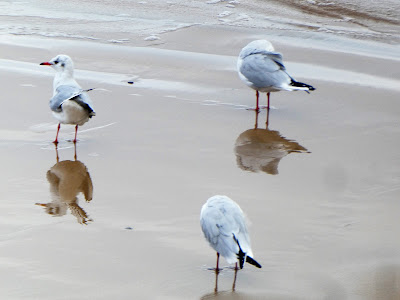 Having a feather sorting.

What I am at war with are Rats.  I cannot abide rats.  Many years ago I was training to be an NNEB and part of that was a work placement at a primary school and part of my 'job' was to care for their pets, Goldfish and 2 Rats.  I said I would gladly clean the fish tank with my tongue, but no way could I handle the Rats.  So I got to do the fish tank and a fellow student got the Rats.  Years after that a friend asked me to look after her cats while she went on holiday - and her son's Rats.  I did the cats and got one of my kids to feed the rats.

Since moving up here to the North East Scotland every Autumn in both properties we have lived in we have had Rats appear. Which have included in the first property them moving into the house.  We have tried a variety of ways to discourage them which have not worked.  Albeit reluctantly we now have bait traps which work.  So the last few days I go down to the Shedudio look out to watch the birds and see a Rat eating the bird food.  The Shedudio is one of the places I can go to to paint and draw.  It is my sanctuary.  I do not want to see a Rat.  So the Bait boxes are now filled and each day since still have a rat appearing but a different one.  And not a whole gang of them.  So the bait is working.

I am also considering visiting a nearby drop in centre for mental health issues as I am finding it increasingly difficult to cope.  Anyone else tried this?

I love rats, although I'm not sure even I would be happy to have wild ones hanging around the garden. They do enjoy eating bird seed. I hope you manage to get on top of the issue. X

I think you have to make an exception for rats . . .


I hope that the drop-in centre helps.

My local Senior's Centre has several drop-in programs, not specifically for mental health issues, but I do believe it is important to get out and socialize with other like-minded individuals. Social isolation is a big problem with seniors, especially those with health issues. I think it would be an ideal form of therapy for you IMHO.

You are doing the right thing with the rats. I hope you find some friendly people at the drop in centre. Go for it.

I read but don't comment. I have chronic health issues and a mood disorder.my rule is try groups once. You meet all kinds of people,many have great coping tips

Having a supportive group outside of your normal life can help - can give you something extra outside of your regular normality - DP has his away days, you need yours. Worth a try.