Season of Sunrises and Sunsets.

As the earth has tilted the Land of the Big Sky becomes just that but more so. 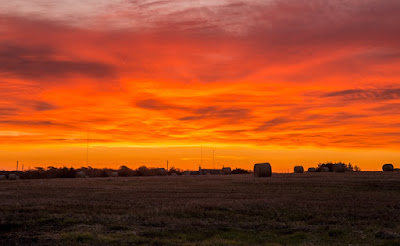 Sunrise from the DP. 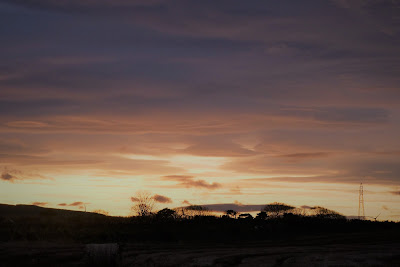 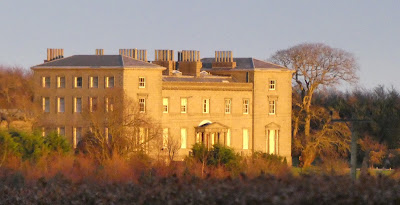 This photograph I took at the same time as I came up to the house and looked across from our 'back' door into the kitchen, which is actually on the side of the house.  The sun setting and lighting up Cairness House.

Spent a few happy evenings there!  But that is another story.

I managed my Promenade today.  Very overcast this afternoon.  But little wind.  High tide which can be quite boring.  The Gulls don't gather until it is back out more than this. 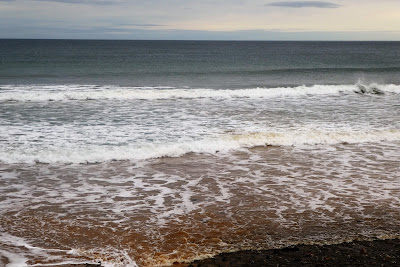 Most of the visitors to the Esplanade were in the car park, eating their takeaway lunches, engines running, polluting the air ..... Really makes me ANGRY. 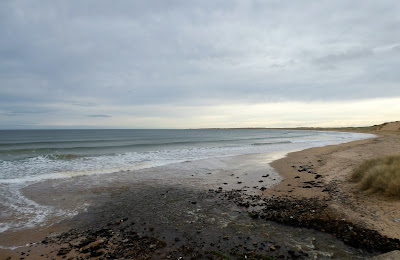 Not a soul in sight.  It was not windy.  It was fairly mild compared to what we have had and is to come, Storm Caroline and 80 mph winds on Thursday.....  Why do they not get out of their cars, after first switching OFF the engine? A Rock Pipit.  Darting about catching flies would you believe!

I finished my pen and ink sketch of the Sanderlings. 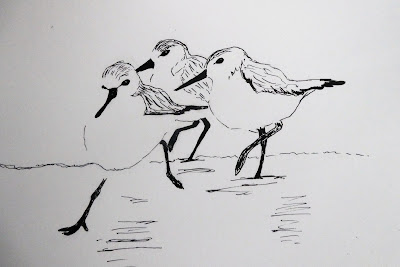 I have put this photo by the DP up to show you how tiny Sanderlings are!  Oystercatchers to give you an idea.  I have never seen a Sanderling.  The DP has promised to alert me when he sees them at our nearest village harbour/beach.  Again, with me, its the legs I love!

The DP has been off today on another bird watching jaunt - and yet another fail.  Capercaillies = nil.  Not much else either that we havent got in the garden.  Although there was a Red Squirrel.

I had my telephonic chat to the G.P.  Another pill to take.  Instead of Alendronic Acid.  Watch this space.....

If you were not too keen on this year's Christmas Card here are some from the past. 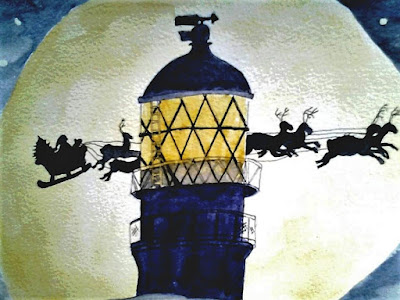 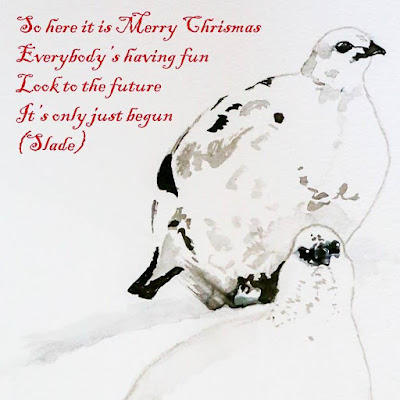 And - still my favourite. 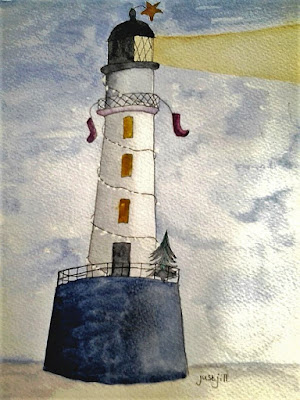 What irks me is the number of parents (women) collecting their children from school, parked up on the roads, with their engines on. In winter to keep warm and in summer to keep the aircon going! Grrrrrr

Your cards are all lovely, but the one for this year is still my favourite! xx

What a lot of people don't actually realise is that with fuel injected cars, that if you switch them off and restart again then the engine uses more fuel than if you leave the running.
Now I appreciate that the exhaust fumes are not good, on the other hand do you ever complain about the number aircraft flying over these islands every twenty-four hours x 365 days per year and what fumes that they create ?

Lighthouse is my favourite. Catriona