The Dawn Patroller went off as dawn broke, though he is finding this more difficult as we now move into the days that dawn breaks very early and sun sets very late. 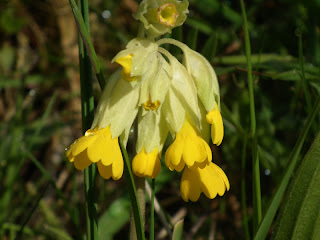 Cowslips growing wild, as they should.


Domestic geese and their goslings.  Who all decided to walk away from the camera. 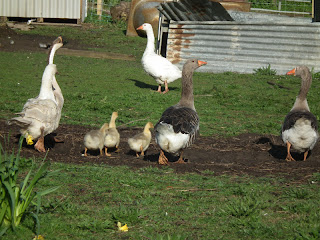 Just when I need as many pictures of farm animals as possible for my next art class. 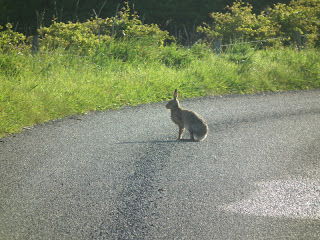 Going out so early means you can usually see a Hare.  Which would not of course be seen on a road once the traffic gets moving. 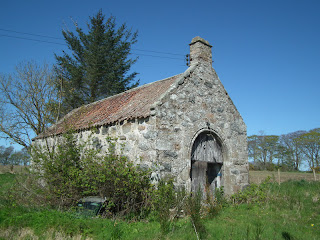 The DP also visited a nearby woodland, Logie Wood.  Trying to discover where the Osprey got its trout.  The fishermen there said they had not seen the Osprey and pointed him in another direction. 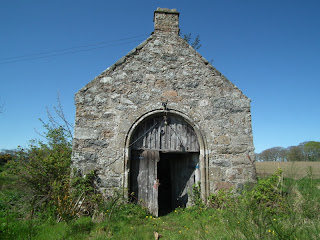 This abandoned coach house, interestingly, has wires into it for telephone! 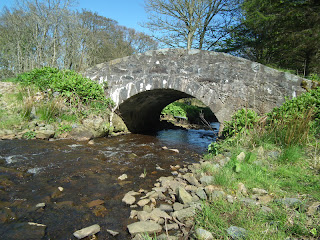 And what a beautiful bridge in the same area.


In the afternoon the DP went off to the Loch of Strathbeg and saw this rarity. 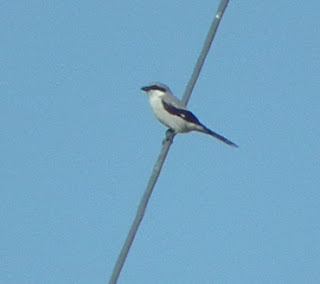 Great grey shrikes are regular but scarce visitors to the UK. They arrive, on the east coast at first, in autumn and many stay throughout winter and into spring (sometimes as late as April or May), when they migrate back to their breeding grounds in Scandinavia.

Beetles and other insects, small mammals and birds. Food is often stored in a 'larder' by impaling it on a thorn! RSPB.

I was not totally inactive during this Sunny Sunday.  It took me all morning preparing a birthday gift for a friend.  The afternoon was spent down the shed starting on painting the pair of Gannets necking.  Some time spent on my own bird watching.  And later sipping a glass of wine.


A lovely Sunny Sunday.
Posted by justjill at 18:57

Love the photo of the abandoned coach house, I find old and derelict buildings fascinating, the stone bridge over the stream is very pretty too. x

Doesn't everyone store their food that way ? No ?
Beautiful photos. Does the DP go out every day ?
Yesterday was lovely here too but I had no energy for gardening. Pouring again today.

Every day unless its really bad weather.
He has since I have known him. So I am used to him tiptoeing around like an elephant at 5.30a.m.....

Penny it would be a good place to store peas!