The Dawn Patroller informed me it was Star Wars Day.  Geddit?  Neither did I. 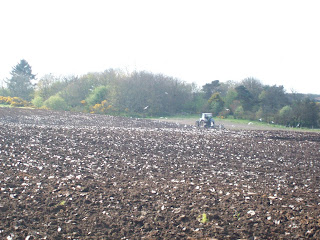 Due to the strange weather we have had the farmers are busting a gut to catch up.  Ploughing.  This is in the field behind us.
And sowing in the field at the front of us. 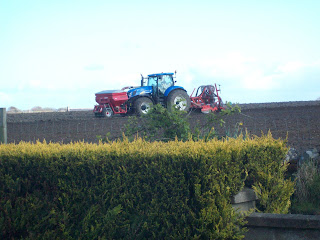 So its all a bit noisy at the moment.


If they are not following the plough or any tractor, on the off chance, they are where they really belong over and by the sea.  Herring Gulls 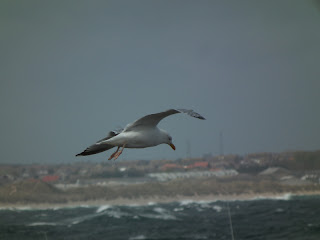 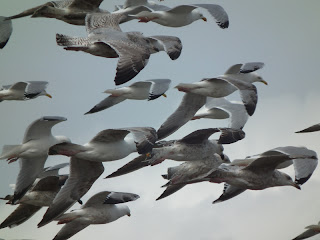 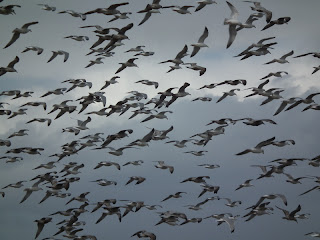 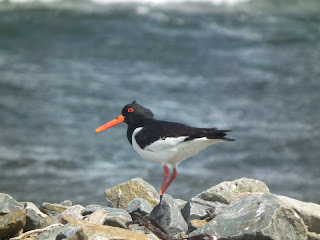 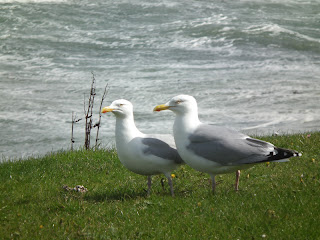 The sort of picture where you get a prize for the best caption? 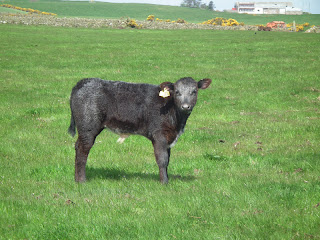 And a wee coo.  Where it belongs. 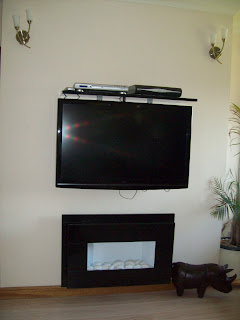 Back at the homestead yet another problem for the DP who is fairly good at DIY, blames a lot on the fact he is left handed.  We have to remove the electric fire.  Easy peasy.  And the t.v. and sky box and aerials and electrics, not so easy.  As they are all inside the wall.  All the time just hoping the previous occupants of this house did nothing awful like blocking the chimney.
In our last house we found a beautiful granite fireplace in the kitchen, which had had a Raeburn in front, removed, but they had then gone on to fill the chimney with concrete.  Why?  So we had to just plaster over the fireplace again.  How sad is that.

Any advice, sympathy, prayers much appreciated.

May the Force be with you.

and also with you !
The field behind us looks just like yours.
Our house is back to front as the lounge is where the kitchen was and vice versa. The kitchen still has a fireplace we never use but the lounge's chimney is blocked up & that's where 'im out of doors longs for a wood burner ( we have a poor man's electric look a likey at the mo )

I can't stand the thought of all the work involved !

The fireplaces in the bedrooms are blocked over - ours has a little vent. We had to open it up once as I could hear scratching sounds - sure enough two magpies were sat inside blinking at me !

Hate to say this, but you will have to shift your telly. The ashy dust from the stove below will kill it. We had our computer in the living room and it eventually choked to death. The fans inside were a sight to behold. Trust me, you won't believe the amount of ashy dust you'll get. Sorry to be the harbinger of bad news!

Tina, if the stove is set into the fireplace, and has this drawer effort which catches the ash, and theres a door on the stove itself is there still ash around? I'm beginning to get worried about my lungs now which dont do dust.

Our stove is the way you have described, and I have a fine layer of dust on the mantle piece every day. I try to put logs on it carefully and not flap about, but I still have ashy dust. Maybe you could ask other stove owners? Or google it? Sorry if I've worried you. xx