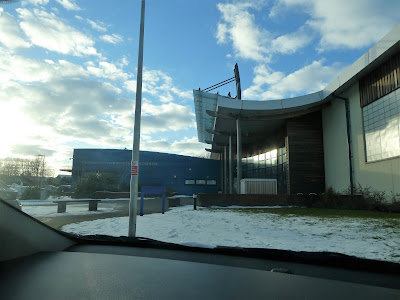 Fraserburgh Community Centre is where the immunisations were set up.  Inside there is a swimming pool, gymnasiums and fitness suites.

We went in.  I was told I did not need to wear a mask.  Also there were wheel chairs and I should use one.  This was then used to take me in and avoided all queueing!  Amazing.  Question list.  Then I got the jab.  Oxford one.  My scientist niece will be pleased.  We had to sit for fifteen minutes afterwards then I had two nurses one pushing me and one wheeling the chariot and they took me out to the car.

How lovely was that?!

So rather later than usual we went to the Prom.  I was shattered even though I had been treated so well.  So remained in the car. 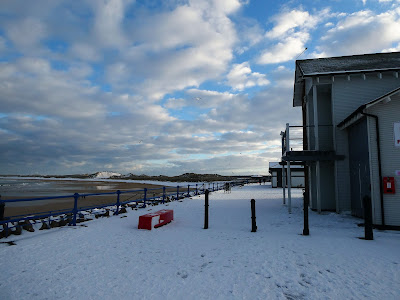 Such a beautiful day.  We have had more snow and more is forecast.  The wind is back tomorrow too.  The DP went off to walk and took my camera, as well as his own. 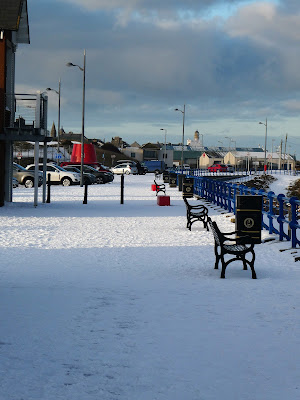 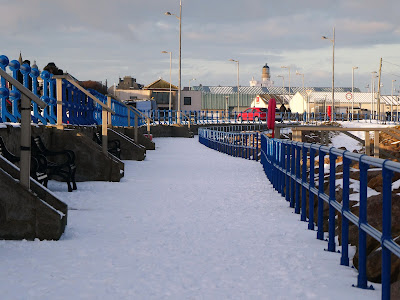 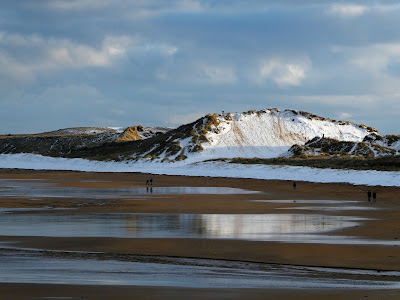 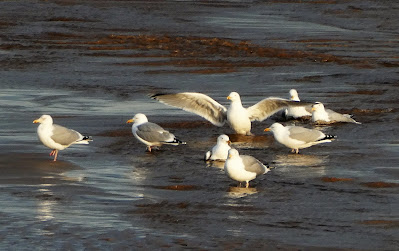 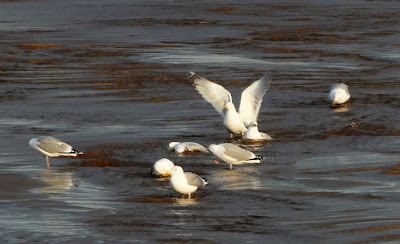 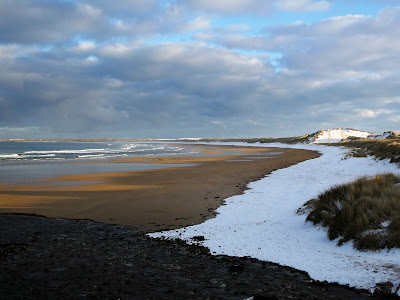 Snow on the beach. 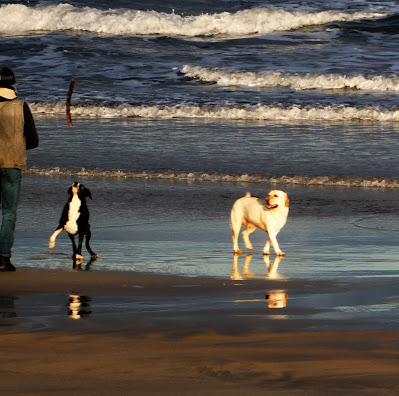 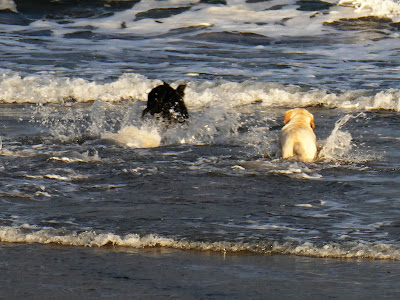 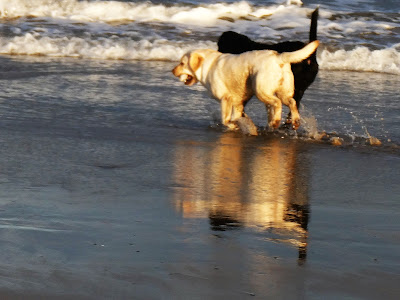 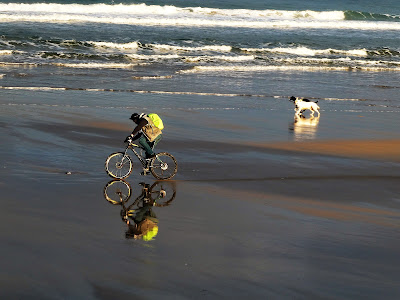 The man throws the stick into the sea and the dogs fetch.

Then we came home and I waded my way though friends warning me re side effects of jab.

Which I shall ignore.

Great photos with the reflections. Glad to hear you've had your jab.x

Well done, Jill! Hope you have the next installment booked so you will be completely protected before too long.

I’m so glad that’s over, I’ve been thinking of you everyday. I’m relieved it was a good experience, you’ll sleep better tonight. 👍❤️

Your photos are so crisp and clear and gorgeous. Nice that your jab went smoothly. Mine did too, two week ago I had my first one and it was very well organized, entirely outside and we all stayed in our cars.

Good for you. I would ignore the nay sayers as well.

As above great photos with the sunlight. Glad the jab went well -I am sure any side effects if there are any will be minimal - my mum was fine and she is 95.

Your husband takes good photos for us! Please tell him thanks!
So glad your jab went well!! Hooray!

Glad you have had your jab and were treated so well there. Hugs.

Beautiful lighting in these photos.

Great to hear you've had the jab. Don't need me to tell you not to let your guard drop! It's some reassurance (after a few weeks) though, if you have to have professionals coming in to help now and again.